Dealing with the keyboard on iOS can be a tricky task. The keyboard often hides important buttons or information or hides part of a scroll view. I can't log into my mobile banking app on an iPhone SE, because the keyboard pops up over the "Login" button. You don't want those kinds of issues! In this tutorial, you'll see how to observe when the keyboard rises and falls, and how to adjust buttons and scroll views accordingly. 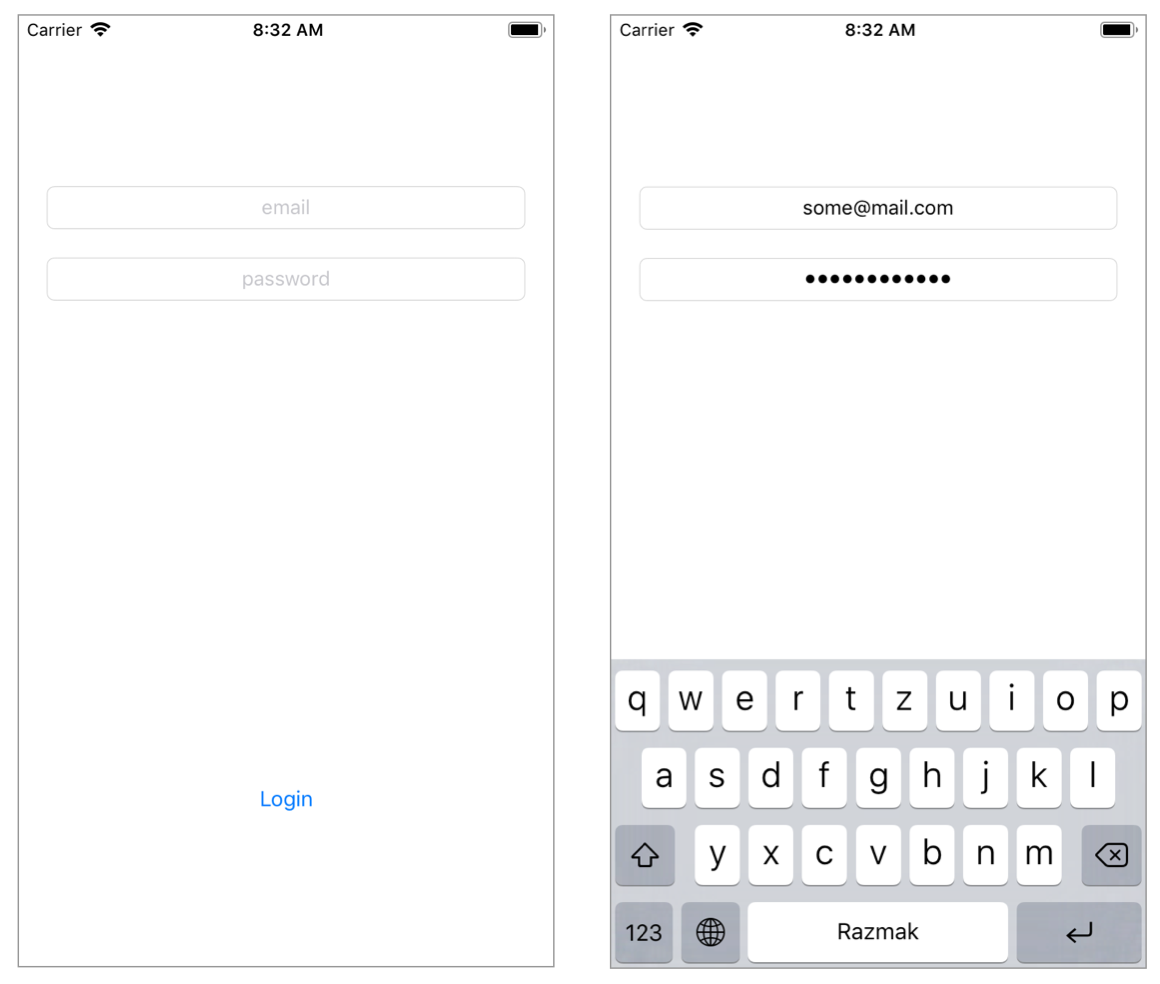 Here are the two most common issues that can happen when a keyboard appears:

In this tutorial, you'll find out how to fix these two issues in a general, reusable, and protocol-oriented way. The solution you will make will apply to almost any screen in your app.

Fixing the second issue is easy. You need to observe when the keyboard appears and get its height. Once you have the height you can increase the scroll view's content insets by that height. This adds padding to the bottom of the scroll view, so everything that was covered by the keyboard is pushed up. 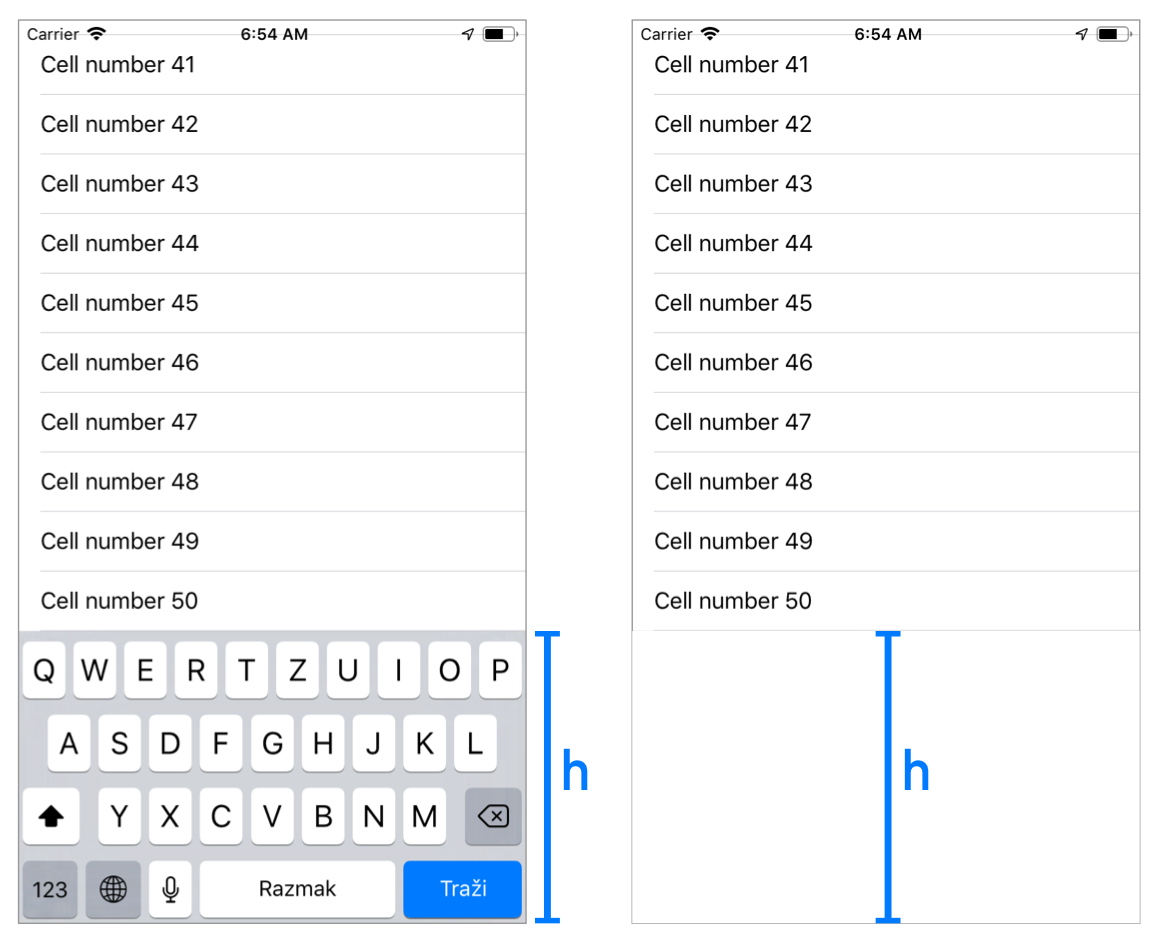 To fix the issue with the keyboard covering a button, there are two things you can do:

Let's see these solutions in action!

The default ways Apple gives us to deal with this are cumbersome. To observe the keyboard rising, you need to subscribe to the keyboardDidShowNotification.

Once you have the NSNotification, you can fetch the keyboard's size from the userInfo property of the notification. The key which holds the size is keyboardFrameEndUserInfoKey. This gives you the frame of the keyboard at the end of the rising animation. You can also track each frame change, as well as see the frame at the start of the animation. There aren't very useful to us, so we'll stick with the end frame.

If you're dealing with a scroll view, once you have the frame it's easy enough to increase its bottom inset. Simply add the following lines to the end of keyboardWasShown:

If you're dealing with a hidden button, the exact steps to fix the issue depend on your specific UI. The general gist is that you have to raise the button by a certain amount so that it's visible. In other words, the button's offset from the bottom of the screen needs to be greater than (or equal) to the keyboard's height.

You also have to undo these changes once the keyboard goes back down. To do this, you can observe a second notification, keyboardWillHideNotification. This notification will get triggered before the keyboard hides. Add the following lines to the bottom of viewDidLoad:

Next, add the following method to the class:

Since we know that the keyboard's height is going back to zero, there's no need to fetch the frame this time. Simply reset the insets to their initial values.

And that's it! Our screen now no longer has any issues. 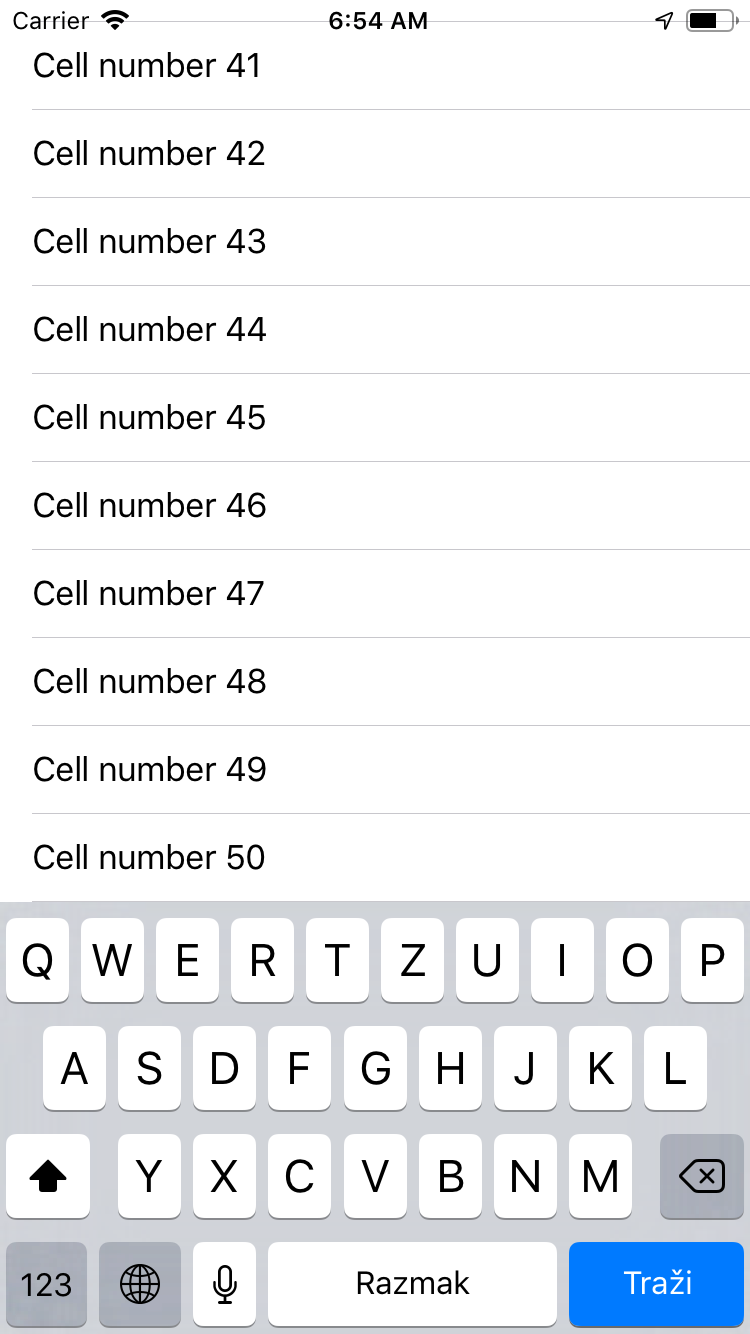 While this solution works, it's not convenient. Having to write these boilerplate lines over and over again for every screen will get pretty tiring. Thankfully, we can use some cool Swift features to reduce the boilerplate to a minimum.

Like a good Swift developer, we'll start with a protocol!

Anyone who is interested in getting notified when the keyboard appears can implement this protocol. We'll hide the protocol's logic in an extension which will subscribe to the notifications. Coming up is a lengthy block of code but don't panic: you've already seen most of this code earlier in the tutorial.

This is the same code as in the view controller before. The difference is that anyone who implements the protocol can use these functions. We can reduce a lot of our view controller's code this way.

That's 10 lines of code less just in this one view controller. You'll probably want to observe the keyboard in many screens in your app, so this little bit of extra work pays off immensely!

Setting the scroll view's content insets when the keyboard appears is a frequent requirement. You'll have to do this in almost any screen that combines a keyboard and a scroll view. Why not go a step further without protocols, and define one for that specific use case.

Swift lets us inherit from protocols. Since we're making a specific case of the KeyboardObserving protocol, it makes sense to inherit from it. Our only requirement is that the implementer of the protocol exposes a scroll view that we can set insets on.

Next, we'll define an extension that does the same thing as in our view controller.

Going back to our view controller, we can rewrite it as the following:

Reducing even more lines of code. We used Swift features like protocol-oriented programming, extensions and inheritance to reduce our boilerplate to an absolute minimum. Dealing with scroll views is now a simple task of declaring a variable and calling two functions.

The original solution worked fine, so why go through the trouble of making things reusable? Well, first of all, we have fewer lines of code. Since code is the single largest source of bugs, reducing the number of code reduces bugs. We also have a single point to change, refactor and debug the behaviour. If the code were copied and pasted into a bunch of view controllers, it would have been a pain to fix a bug in each instance of the code.

Making things reusable makes life easier on both you and other developers reading your code. There's no reason why you should make your life harder: always think of coding things in the most general way you can.

Machine learning is one of those terms in programming that sounds like you need a PhD from Stanford to understand, but is in reality pretty simple and easy to get started with. Here's

Adding chat functionality to your web app can be crucial for enabling easy communication between your users. Whether you have an online marketplace, social network or a collaboration tool, chat lets your users